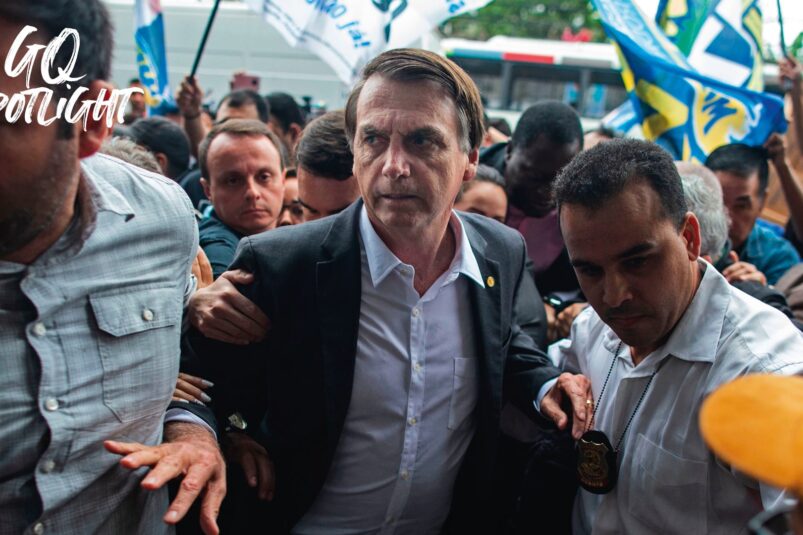 Stop us if you’ve heard this one before: an establishment caste blighted by corruption; a reactionary outsider with a flair for invective and a grudge against mainstream news; an election fought and won on the servers of social media. This year, Jair Bolsonaro stepped from obscurity and into the presidency on a platform of violence, intolerance and militarised authority. But as the battle for control of the fourth largest democracy enters round two, we ask will his supporters return to the streets when the reality of his promises hit home?

Read the full story at GQ