I’m a journalist and entrepreneur who is most passionate about how enduring connections between distant humans can make the world a better place.

I’m the founder of Wide Avenues, a storytelling and investigations agency focused on English and local language content out of South America. As a reporter, I’ve travelled to more than 20 countries to report, but my most recent focus has been Brazil.

My most recent reporting project was a TIME story on the future of the Amazon, delving deep in the history and present of the world’s largest rainforest. A year in the making, it was a great privilege to spend so such time understanding the region and its people.

Other pieces I’m proud of from Brazil include the battle of the Munduruku tribe to preserve their Amazon homeland, a battle for justice for the victims of Brazil’s dictatorship, the violent threats facing country’s lone journalists, on corruption at the Serra Pelada gold mine and the bittersweet reality of Brazil’s aspiring footballers.

I am British and began my career as a national news reporter in London. There, I broke the story of a Conservative lawmaker who was sacked for organizing a Nazi-themed stag party in France; reported from the scene of the heartbreaking Utøya massacre in Norway and investigated a suspicious death in police custody in Dubai.

I was named Young Journalist of the Year in The Press Awards in 2011, the highest honor for young print journalists in the UK. I am a graduate of the University of Warwick. 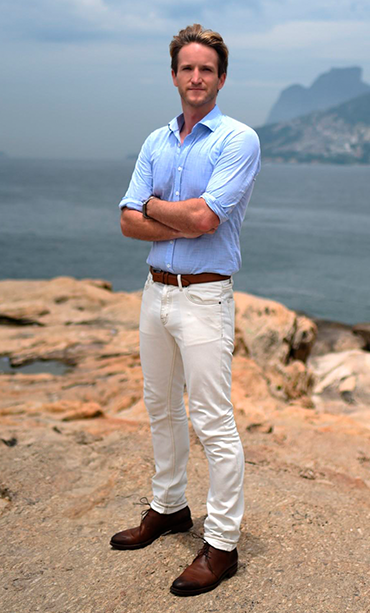