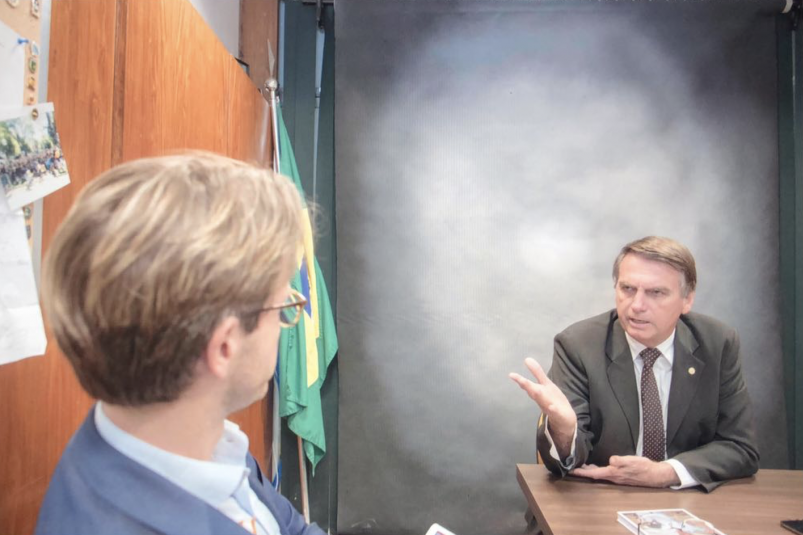 On the wall of Jair Bolsonaro’s office in a modernist annex of Brazil’s Congress hang five faded black-and-white portraits. They are memoirs of a time many Brazilians would prefer to forget, when military generals ruled the country from 1964 until 1985 and the cost of insurrection was kidnap, torture and secret execution.

Bolsonaro, the de facto front runner for the Brazilian presidential election that begins on Oct. 7, is the foremost apologist for that era. He has made a career eulogizing its abuses and–for a decade after the return of democracy in 1989–calling for its reinstatement. Today he is proud of his support of the regime he served as an army captain.

Now, with Brazil mired in a profound political crisis that has left many citizens despairing of its leaders, the Rio de Janeiro Congressman–long a marginal figure–says he alone can solve the problems of the largest nation in Latin America and be trusted to protect its youthful democracy. A growing share of Brazilians are willing to take that chance.