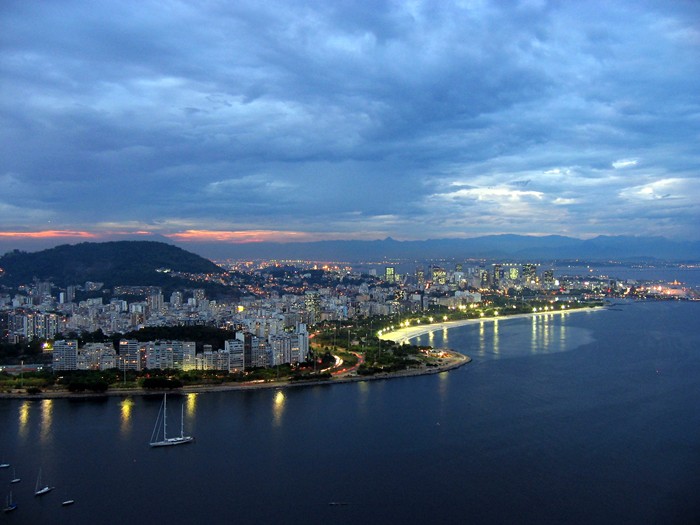 The language was confident, even cocky.

As convicted murderer and paedophile Phillip Smith relaxed in a hostel on a cobbled street in Rio de Janeiro having successfully absconded from the authorities in his native New Zealand, he sent an email to a radio station back home.

“I conducted some research,” he wrote in November. “And it is highly unlikely that I will be returned to New Zealand under the national law of my host country.”

He was, he imagined, the latest in a long line of successful fugitives to make their home in Brazil, including Great Train robber Ronnie Biggs, who lived for decades in the same neighbourhood of Rio, and Josef Mengele, the notorious Nazi concentration camp doctor.

However, times have changed. Recently the authorities have shown a new determination to arrest and extradite foreign criminals or those wanted by the authorities to rid the country of its reputation as a fugitive’s paradise.

Smith was to learn this quicker than most.

The 40-year-old was on a 72-hour release from prison when, using a passport in his original name, Phillip Traynor, he took a flight to Chile and then onto Brazil. His escape, he later said amid uproar in his homeland, had only been “moderately difficult”.

But hours after checking into the Cidade Maravilhosa hostel, he was arrested by members of Brazil’s Federal Police.

Within days he was back in New Zealand after being deported.

He is not the only fugitive recently to have received such a surprise.

“All of us at the federal police have been working tirelessly to ensure Brazil will not be a destination of choice for international fugitives,” Valdecy Urquiza Junior, head of Interpol in Brazil, told the BBC.

Mr Urquiza Junior listed a series of factors that played a part in recent arrests.

On the legal front they include improved extradition treaties and legislative changes that mean arrest warrants for foreign fugitives can now be issued in a matter of hours.

Better passenger screening technology and investment in Interpol offices in Brazil have led to improved detection of fugitives.

A number of high-profile arrests in recent years suggest Brazil’s efforts are paying off.

Perhaps the most colourful figure to try his luck in Rio recently was Michael Misick, 48, the former premier of the Turks and Caicos Islands.

Despite declaring assets of only $50,000 (£33,000) when elected in 2003, six years later he lived in a $16m mansion and had allocated his then-wife Lisa Raye McCoy a clothing budget of up to $200,000 a month, according to evidence she later gave to a British corruption inquiry.

After that inquiry in 2009, Mr Misick left the British overseas territory in the Caribbean amid claims that he had illegally profited from multi-million-dollar sell-offs of Crown land.

Then he resurfaced in Rio, where he continued his lavish lifestyle in an apartment near Ipanema beach.

He is said to have chosen Brazil because of an ambiguity in its 1997 extradition treaty with the UK meant that as a subject of a British colony he could not be extradited.

But, with the help of the Brazilian authorities, Britain’s Foreign Office moved discreetly to close the loophole.

Mr Misick was arrested in December 2012 and ended up in Ary Franco, a prison run by the state government of Rio de Janeiro.

A UN subcommittee had earlier that year described the jail as “dark, dirty, steamy and cockroach-infested” as it demanded its immediate closure.

It was from his prison cell that Mr Misick then mounted a letter-writing campaign condemning the British government and complaining that he was “perishing” in jail.

“The British should not be allowed to continue to act with impunity against leaders in colonies that seek independence or leaders that want to govern their country,” he wrote.

It did not help. He was extradited back to the Turks and Caicos Islands in January 2014, where he is facing charges of conspiracy to receive bribes, conspiracy to defraud the government and money-laundering.

He has denied any wrong-doing, and says the allegations are politically motivated.

Another who faced a strikingly similar situation was Irish lawyer Michael Lynn.

Wanted over an alleged mortgage fraud, he fled Ireland in 2007 with debts of $90m.

He set up a new life for himself and his family in a villa near the north-eastern beach city of Recife, while starting up a new company to have another shot at becoming a property tycoon.

Like Mr Misick, he openly registered himself with the authorities, apparently sure that the fact his wife Brid had had a Brazilian-born child meant – like train robber Ronnie Biggs – he could not be extradited.

But he, too, was misinformed – that law had been repealed in the 1990s.

After the Irish government also negotiated a temporary agreement with Brazil, Mr Lynn was arrested. He faces extradition for trial in Ireland early this year.

The Brazilian authorities hope his experience – and that of Smith and Mr Misick – will eventually alert other prospective fugitives to the news that Brazil is not quite the haven it once was.